The Maasai organization OSILIGI has been dissolved by the Kenyan administration after activists had demonstrated on one of the big farms in the area in 2003. The fight for land rights has been lost (so far). But one of the schools OSILIGI built is still there – and highly valued by the tribesmen and women.  And activists have formed follow up organisations as IMPACT with an office in Nanyuki, Laikipia county.

Even more audio and pics are to come on this page. 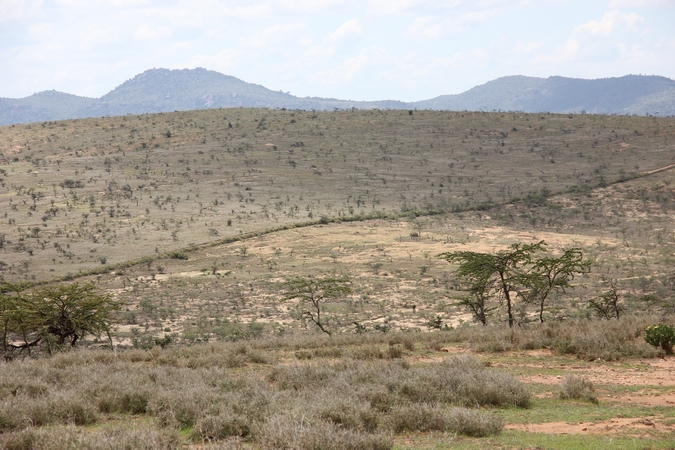 The pastoralists’ communal land in the foreground shows clear signs of overgrazing – the earth lies blank to the sun. In the background, behind the long fence, there is a big privat farm where even during the dry seasons the surface is still covered with plants. 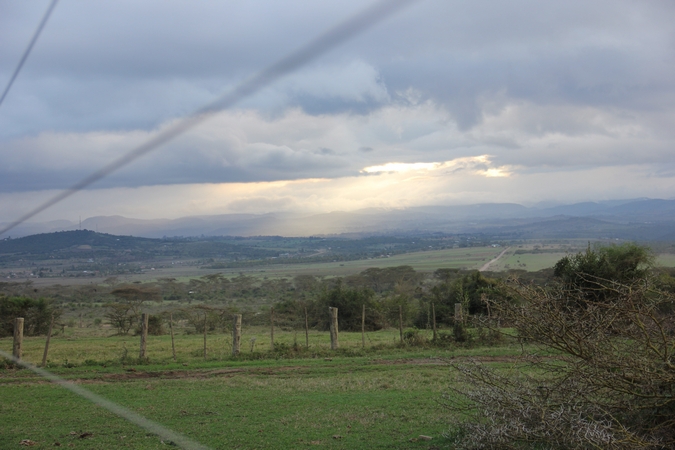 Some of the farms are as large as the state of MALTA, 80,000 acres. You see the owners patrol their land by helicopter. Pastoralists have to take long detours with their cattle. Some of the cattle dies on their way, says Joseph Olendira, project manager at IMPACT